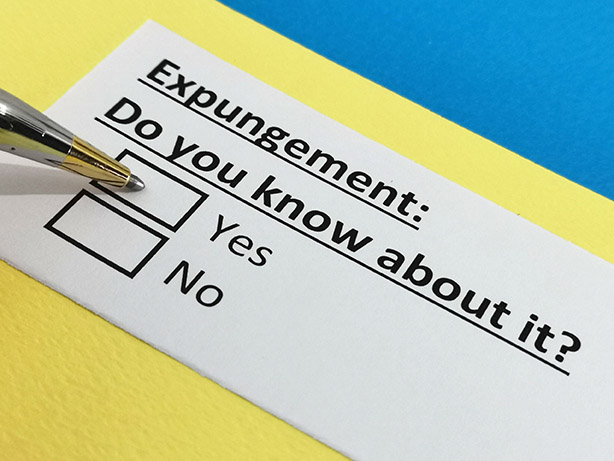 While much of the world was clinking champagne flutes, setting resolutions and sharing stories over sparklers, on New Year’s Eve, Illinois Governor JB Pritzker issued 9,219 pardons for low-level marijuana convictions and announced the Illinois State Police had expunged any eligible records at the state level for marijuana-related arrests.

Since passing the 2019 Cannabis Regulation and Tax Act, Gov. Pritzker has provided pardons in 20,236 cannabis cases. On New Year’s Eve 2019, he issued 11,017 pardons for low-level marijuana convictions. By 2025, all 102 counties in Illinois are required to have expunged eligible arrest records.

Fortunately, marijuana expungement is accelerating across the country, and Illinois is only the beginning.

“For me, expungement is incredibly important...it’s step number one,” says Laura Bianchi, founding partner of Bianchi & Brandt. “These communities that have been so negatively impacted by marijuana criminalization –– these are the communities that are often unfairly targeted and may not have the financial or political means to defend themselves, which leads to higher conviction rates and a permanent exclusion from the industry, often before they have even reached adulthood.”

Historically, minority communities and/or those hailing from low socioeconomic households have been heavily targeted especially as it relates to the war on drugs. Higher arrest, conviction and incarceration rates for these particular communities with no direct correlation to an increase in drug use, but rather a systemic, heightened focus on urban areas, low-income communities and predominantly minority communities.

“I think we can all agree the cannabis industry is not typical to any other industry,” says Bianchi. “We are still in the infant stages of growth and development, which I believe provides for not only greater opportunities, but the chance to advance before the ‘glass ceiling’ is formed.”

Bianchi is one of the nation’s leaders in cannabis law and is committed to working diligently to develop the industry and implement a meaningful and accessible social equity licensing program following the passage of Arizona’s Prop 207. Furthermore, this initiative also included the creation of a Social Equity Ownership Program (SEOP), designed to allocate certain recreational licenses to applicants “from communities disproportionately impacted by the enforcement of previous marijuana laws.” However, the structure of this program has yet to be developed.

“So, for me, expungement is the first step in this process because it allows individuals who have been subjugated and unfairly treated, to shed those low level criminal records and find opportunities to participate in the [cannabis] industry,” Bianchi elaborates, “It’s about creating opportunities and opening doors, to people who otherwise, have been historically shut out.”

Cannabis criminalization and its enforcement have had long-term adverse impacts on countless cities throughout the United States, particularly for low-income and minority community members. Because of this, many jurisdictions are attempting to address the negative impacts of prior cannabis policies and inequities by developing and executing policies that centralize equity in cannabis policy reform.

The recreational marijuana market is expected to bring in millions of tax revenue that will be divided among necessities like public education and public health and safety, but for business professionals, leaders, and advocates like Laura Bianchi, that is only a shred of the much more sizable longterm picture.

“Let’s actually be thoughtful in building out these programs –– let's create avenues into these disadvantaged areas, creating opportunities for education, tutoring, internships, scholarships and vocational training. Create programs that provide business training and child care for parents going back to school and working to enhance their career –– those are the things that will make a difference in the long term,” Bianchi explains, “you’re not only giving people opportunity, but the tools needed to take advantage of those opportunities.”

Illinois, California, Oregon, Michigan, Colorado, Nevada, and Arizona are some of the states that have adopted social equity programs or programs of similar nature, while many more states consider adopting and implementing their own social equity programs –– all in an attempt to overcome historical disparities, destroy those glass ceilings before they are built and create meaningful opportunities for everyone, regardless of your race, ethnicity or the community you grew up in.

“The cannabis industry is in need of smart, talented and ambitious people, to meet its burgeoning needs,” says Bianchi. “Expungement will open the door to a much more expansive, talented and extraordinary pool of talent.”