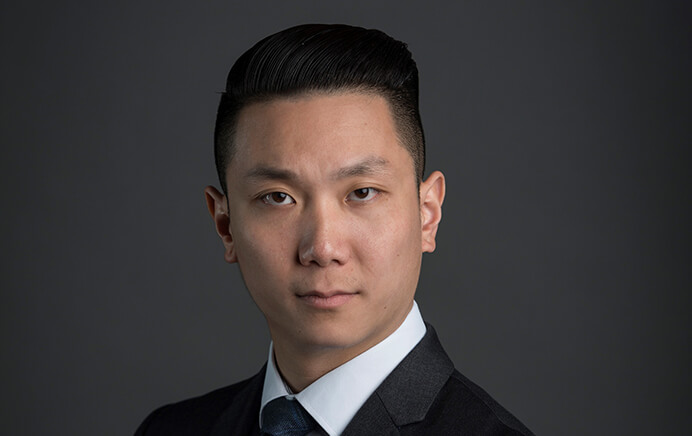 From Computer Science to Cannabis Law

Clark Wu's story began in Shenzhen, China, where he was born, raised, and lived until age six. His mother decided to chase the American dream, packing her children up and emigrating to San Diego, leaving the only world she'd ever known in the rearview in the hopes of creating a better future for her family. Although culture-shocked at first, Clark quickly adjusted and easily accepted this new land as his home. By the end of second grade, his family made their final move to Alhambra, California, where they would ultimately settle. Here, he lived out the remainder of his adolescence, finishing up high school and helping raise his younger sister while his father stayed in China for work.Following high school, Clark struggled to find his calling, unsure which direction was the right one for him. First, he attempted computer science but quickly discovered this was not the right move. Then, amid completing a political science degree at the University of California, he realized his true passion lay in helping others, guiding him toward law. Clark worked endlessly toward this dream, working a full-time job to get him through until finally, he accepted a scholarship to Arizona State University's esteemed Sandra Day O'Connor College of Law. He graduated in 2018 with honors, among the top of his class. Although Arizona was not initially where Clark imagined home to be, following graduation and the great relationships he'd formed, he decided to plant his roots in the Grand Canyon State.In September 2019, Clark accepted a position as Associate Attorney at Scottsdale's own cannabis law firm Bianchi & Brandt."People are generally confused about 'cannabis law' because there has been a shroud of mystery regarding what it encompasses," says Clark. "When I tell people I work in cannabis law, a good portion of people think I'm a criminal defense attorney, which I am not."Clark describes the term "cannabis law" as one used to associate lawyers in different practice areas that cater to cannabis business or have a cannabis-related niche. For instance, Bianchi & Brandt is a full-service corporate law, regulatory, real estate, and business litigation firm offering a wide range of general counsel services for individuals, businesses, and corporations. However, they understand the nuances of cannabis laws and regulations and primarily cater to clients in the cannabis industry. "The culture is very different from other firms," says Clark of Bianchi & Brandt. "It's not an arms-length relationship kind of place...no one is beneath undertaking any tasks, and we all work together on projects to resolve issues for our clients. It's refreshing to work in this type of supportive and collaborative environment with talented colleagues who are industry leaders."Clark's decision to become an attorney ultimately painted him as the black sheep of his family. His parents met while in medical school in China, where his mother practiced as a pediatrician and where his dad remains practicing, specializing in treating Alzheimer's disease and focusing on research. "I come from a line of doctors," explains Clark. "On my mom's side, one of her brothers and my grandfather were doctors. They all wanted me to go to medical school." Fortunately, despite their contrasting career choices, Clark maintains a great relationship with his family. He says his sister is the one who inspires him most to work harder and climb higher and motivates him to be someone she can always look up to, as well as someone worthy of her admiration.Had it not been for a (failed) attempt at computer science, Clark may have never discovered his passion and landed in the spot he's in today. Now, he’s becoming the role model he’s always hoped to be for his sister while developing his expertise as an attorney at Bianchi & Brandt."I don't have a 'typical' day in the office. We wear many hats for our clients, and what my day looks like depends on what fires there are that need to be put out," says Clark. "Nothing in cannabis is really ‘mundane, but that's what makes the job so interesting."Outside of the attorney hat worn around the office, Clark dabbles as an amateur chef. He enjoys cooking and experimenting with food to help him unwind at the end of the day and credits his culinary interests to the new places he’s traveled. By the time he graduated from college, he had not seen much of the rest of the U.S. or the larger world, and he thought he would be content. It wasn't until he planned his move to Arizona that he discovered his affinity for travel. Since then, Clark has eaten his way across ten states and three countries, with Croatia set as his next destination. For Clark, it's a fulfilling feeling to be playing a part in a burgeoning industry such as cannabis and to be doing so at a company like Bianchi & Brandt, whose services cater to a broad range of needs for a diverse group of clientele, ensuring no two days are ever the same. Through high times and hardship, Clark has landed on a path that allows him to collaborate and think creatively, but perhaps most notably, one that provides him with the opportunity to achieve his chief purpose: help others succeed."If there is no struggle, there is no progress." - Frederick Douglass.